January 28th, 2015 was a whole new kind of Developer’s Black Thursday. Not too long after their Facebook acquisition, Parse made this announcement:

We have a difficult announcement to make. Beginning today we’re winding down the Parse service, and Parse will be fully retired after a year-long period ending on January 28, 2017. We’re proud that we’ve been able to help so many of you build great mobile apps, but we need to focus our resources elsewhere. 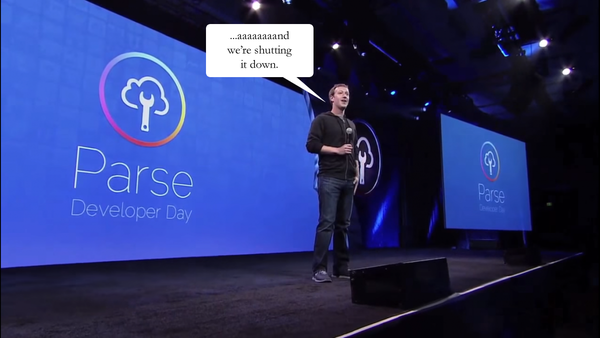 While it’s didn’t exactly hurt like the hundreds years old “it’s not you, it’s me” it caused a different kind of pain. One that started from a disbelief given their recent new features: 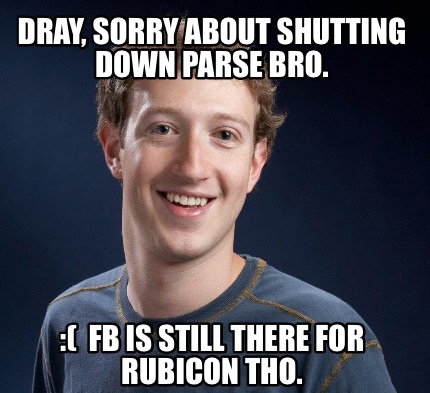 Like in any relationship, that feeling quickly turned into anger “what are they thinking? Don’t they know that like every other company’s existence depends on them?”, that turned into depression “my app/startup/life is over” and “FMLs” of all sorts, that then left room for the feeling that is here to stay:

“What are we going to do next?”

Parse provided everybody with some great tools to start with to help manage the anxiety, but let’s be honest- who wants to be one of the first ones to try the new solutions out? One of first ones to find out all the problems that a migration will cause, with no reference on how other people dealt with it?

If you are also affected by the Black Thursday of the Tech world, I hope I can help you get inspired by introducing you to a couple options that have already begun to emerge, thanks to brave developers who weren’t afraid of the unknown and who set on a mission to save the world- one Parse migration at a time.

Let’s start by taking a look at the general timeline. Parse recommends the following schedule:

Easier said than done. Here’s a link to Parse’s official migration guide, which I am not going to focus on since it’s been out for several weeks and re-iterating it wouldn’t be the best use of your time:

As much as I wish I could offer a pain-free, quick and easy solution, unfortunately, none exist that offer all the cool Parse features at a reasonable price… yet! 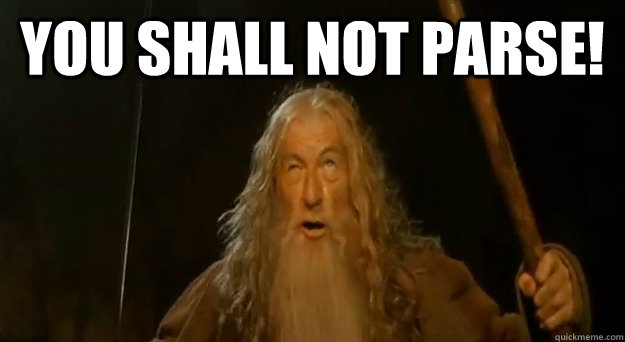 Instead of crying over spilled milk (or Parse code), let’s look at some alternatives!

Let’s start with one of the solutions I’m personally very excited about. ParseGround is from the team at and while as of today it is still in the Early Access waitlist phase, it looks quite promising.

And with that, they claim that you will still get to have full control of the Parse Server code and instances in case you decide to customize it. All of this starting at $4.95 a month (1M monthly requests) and there is no limit of monthly requests & req. per second, storage, database and file transfer. Doesn’t sound too bad, does it? For the Cons of this alternative, we will have to wait and see what comes out as it is still in its early stages, but it does make me feel hopeful.

This option is definitely at the other end of a spectrum compared to ParseGround. AWS can replace almost all the Parse features, from the cloud code to push notifications, and it provides analytics functionalities. It’s an incredibly robust, scalable solution that is well battled-tested by a lot of huge companies.

One of the biggest disadvantages is that it can get complicated, quickly! However there are good solutions to scaling like using Elastic Beanstalk for the Parse Server, file storage using S3, notifications using Amazon SNS and more. Plus there is a huge amount of blog posts, stack overflow questions and general knowledge about the pitfalls of and recommendations for AWS.

It is very fairly priced and it does have generous limits. Just be prepared to get your hands dirty!

Firebase is argued by many to be the number one alternative to Parse. It’s biggest fans claim that you won’t even notice the lack of features such as Parse’s built-in push notifications, as you can use similar services to make up for that. In the light of the Parse announcement, it might be worth mentioning that Google said that it will support Firebase indefinitely, but you never know with those guys these days ☺

Firebase does not provide a an easy way to add Cloud Code, but it is a multi-platform solution that works offline, and it offers hosting as well as a real-time database.

They also offer a free plan if you’re platform is modest, but can go up all the way to $1499 for the robust ones.

All in all, there are definitely options out there. But at the end of the day, we all know what is going to happen as the transition deadline approaches, and it can be summed up in this one picture: 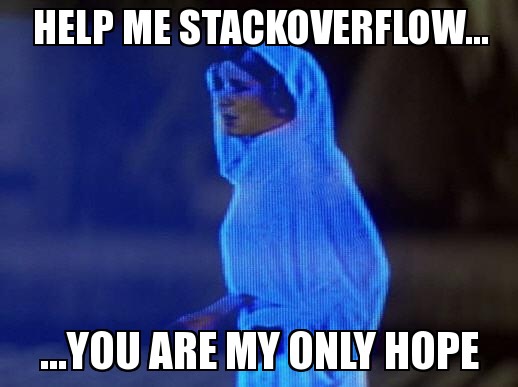 Let us know if you found an exciting solution to the Parse transition problem in the comments–myself (and the entire Code Mentor community) would be delighted to learn as much as possible before those deadlines approach!